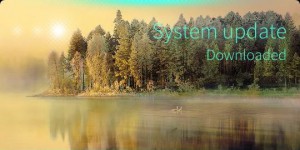 1 Tested on Finnish operator networks only. Let us know if you have issues on your operator network. View more info on MMS settings at ZenDesk and how to debug at mms-issues-hints-for-debugging-and-helping-us-to-improve post.

First to the first ones:
The software update will be first available to our dear users owning “The First One” covers. The rest of our user base will be able to update their devices on the same day, but a few hours later.

Heads up: Android apps will be reinstalled:
The Android runtime upgrade will reinstall the Android apps on your device. You will see a visual indication
(spinning on the app icons) in the launcher area. The app icons may get re-arranged after the re-installation. Your data however should remain intact.

If you are unable to successfully configure the account, please visit account.jolla.com and try to reset your password.

Users running software version < 1.0.4.20
If your device is running software version lower than 1.0.4.20 and have WareHouse app installed (i.e you are using OpenRepos), disable all openrepo repositories before attempting to upgrade your device. Else, you risk breaking the device. Read important-steps-to-do-before-updating and how-to-disable-openrepos-repositories posts for more information.

Update the software
If your Jolla is connected to WLAN network, an OS update notification should pop up shortly. If you just can’t wait, you can manually trigger an OS update check as follows:

* Open Settings app Go to System Settings->About Product
* Pull down the pulley menu and select ‘Check for update’
* Once an OS update notification is received, tap on it and follow the instructions.

Do not reboot the device while the OS update installation is in progress. The process takes up to 10 minutes. During the update, the device screen might blank out. You can awaken the display by a short press on the power key to monitor the progress. When the upgrade has completed successfully, you will see the LED light up red before the device restarts.

In rare circumstances, you may have to try a second time to get through the update successfully.

* Fixes issue where disabling mobile data connection mid-way through a data sync (e.g.: scheduled sync of emails, social media etc) re-activated mobile data at the next scheduled automatic sync interval specified by the user, or when a user manually triggered a new sync.

* Delete all occurrences of a recurring calendar event

* Provision for the alarm to ring when the phone has shutdown in battery low condition
* Tapping clock and calendar alarm dialogs now displays animation hint to use the pulleys (also in incoming call, Class 0 SMS, Supplementary Services dialogs)

* Call forwarding options are not visible in the UI though they are set. Until we find a fix, please use the GSM service codes from the phone dialer to verify your settings. Refer http://en.wikipedia.org/wiki/Call_forwarding#Keypad_codes for useful codes.

* Settings app takes some time before it loads completely after boot.

* EXIF info of the photos is not visible in the Gallery.

* Occasionally, the device may have problems connecting to internet when the device is connected to both WLAN and mobile data networks. We have a fix in the pipeline.

* Some of the device reboot issues have been addressed though it does not eliminate the problem completely. We are striving to find a fix to resolve the issue permanently. Please contact Jolla Care at care@jolla.com if there are severe issues on your device.

Highlights of bug fixes
We know this update took a while and thought you’d like to see some of the bugs we worked on internally: 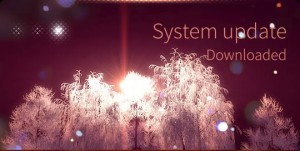 * Unlocking the device now presents the last viewed app if unlocked within 10 seconds of locking the device
* When the device lock is enabled for the first time, it also sets the automatic locking period of 10 minutes by default
* Indication in the app grid for the apps currently being installed
* Updates status indicators when they are partially visible too
* Uses glass background in Switcher
* Adds press effect to launcher items
* Indicates top blank screen gesture on home more clearly
* Bounces the view up when user taps on the lock screen
* Introduces glass texture background to app covers
* App close-icon scales and works with orientation changes
* Reduces cover action triggering distance for easier access

* All Gallery albums now support landscape mode and display consistent behavior
* GIF images are now displayed in gallery
* Allows controlling video playback with a bluetooth headset
* Minimized application cover for gallery app in the home screen now supports displaying a single item (for example, a photo or video clip in full screen mode when the app is pushed to the background)

* Improves background and fonts in the keyboard

Fetch the update
Important: You need a working Jolla account configured on your device in order to receive update notifications. if you are unable to successfully configure the account, please visit account.jolla.com and try to reset your password.

If your Jolla is connected to WLAN network, an OS update notification should pop up shortly. If you just can’t wait, you can manually trigger an OS update check as follows:

* Go to System Settings -> About Product

* Pull down the pulley menu and select ‘Check for update’

* Once an OS update notification is received, tap on it and follow the instructions.

Do not reboot the device while the OS update installation is in progress. The process takes up to 10 minutes.

During the update, the device screen might blank out. You may awaken the display by a short press on the power key to monitor the progress. When the upgrade has completed successfully, you will see the LED light up red before the device restarts.

Note: If your device currently has a software version lower than 1.0.2.5 you will first be offered to upgrade to 1.0.2.5 before this update can be installed

TOH (The Other Half)

* Fixes the issue with NFC leaking power when TOH is attached.

* On connecting the Other Half, associated ambience will not change unless it is being used for the first time or the

ambiance has been earlier marked as favourite.

* Installed ambience is only activated if the Other Half has been changed.

Visual improvements in the UI

* Automatically close menus when an app goes to background

* Front camera now has a resolution of 2 Mpx in aspect ratio 4:3

* Fixes an issue where images in certain conditions have very cold (blue) tones.

* Option to select calendar when creating an event

* Shows active image on the cover

* Automatic SIM contacts availability can be turned off

* Removes editor restriction on one detail of any specific type

* Contact favorite status can be changed from Messages and Phone

* Cleared detail fields are removed rather than preserved

* Email address field does not auto-capitalize

* ‘Title’ field applies to organizational role, rather than name prefix

* Fixes a crash after linking contacts

* New tabs can be cancelled by navigating back

* Fixes an issue in having wrong thumbnail in tab grid

* Better visual separation between messages when replying to a email

* Fixes an issue related to opening a html email via notification

* Several improvements for the reply and reply all actions

* Fixes an issue related to the handling of ‘reply-to’ header

* Fixes an issue that prevents the “Email info” page from scrolling

* Improvements in contacts and calendar synchronization

* Fixes an issue that prevented communication with Open-Xchange servers.

* Improvements on the error handling when login fails

* Enhanced prediction for Italian and French

* Fixes issue where flight mode was not persistent after reboot

Fetch the update
If your Jolla is connected to WLAN network, an OS update notification should pop up shortly.
If you just can’t wait, you can manually trigger an OS update check as follows:

* Open Settings app
* Go to System Settings -> About Product
* Pull down the pulley menu and select ‘Check for update’
* Once an OS update notification is received, tap on it and follow the instructions.

Connectivity * Connection switcher in Settings no longer sticks even when the network is not fully registered
* Static IP settings bug fixed
* Access point selection steps can be reversed without causing an issue.
* Retries are now possible if you input a wrong WLAN password

Office * Opening a document from a mail attachment works even if another document is being viewed.
* Documents from transfer UI can now be opened with Office app

Recovery mode If a factory reset cannot be performed or if the device has booting issues,

Note: it is still possible to break the Recovery mode in developer mode.

Known issue Some of the android apps are still unable to connect to mobile data network if the SIM PIN code
is entered after a measurable delay on boot up. This is due to the incorrect 3G connectivity detection
API used by them. There are 2 ways out of this situation:

Store
* we just discovered an issue in both 1.0.0.5 and 1.0.1.10 today which causes update of the store token required for accessing store repositories to fail. A fix for that has been pushed a few minutes ago: The update to version 1.0.1.12 you might be seeing on your device soon contains exactly this one fix to keep store access working

Calendar * New dedicated calendar alarm UI introduced which will show up with alarms added after the update.

Platform * Content picker only has the search field when there is content available
* Context menu is correctly updated with dynamic items
* The press effects in button and list items are unified
* Text linking matches numbers inside word boundaries
* QWindow::setTitle() is sent over Wayland
* DSME initial battery value is correct in bootup, or for shutdown
* Time and date changes persist over reboot
* DSME wakes from suspend to read HW temperatur and battery status
* USB mode notification does not offer Developer mode when developer mode is not enabled
* Device lock is not anymore set when you use “Clear device lock code” function
* The device lock code is not asked when the value is the same than earlier
* Password field does not flash last character in clear text
* Date picker correctly highlights selected date and shows proper week numbers in January 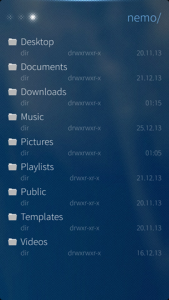 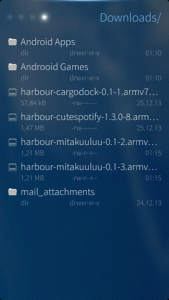 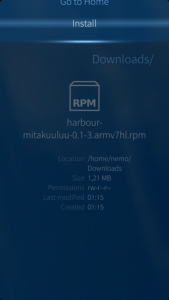 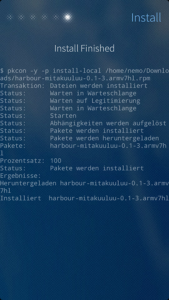